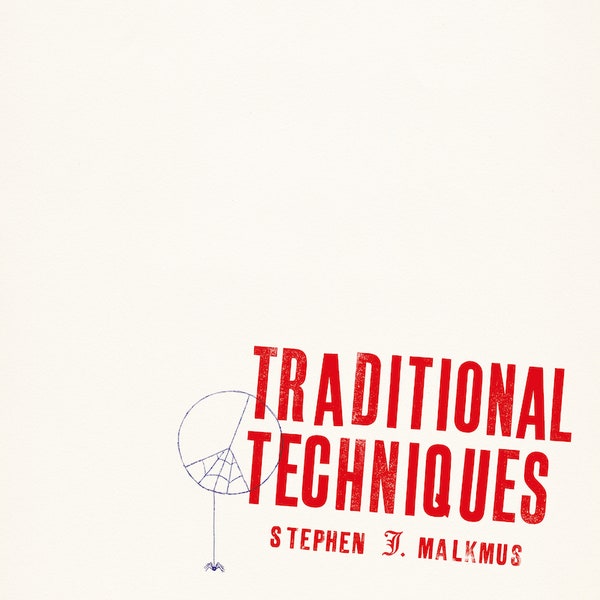 UPDATE: Due to the COVID19 virus Stephen Malkmus has had to postpone his upcoming tour. So, we’re going to postpone this month’s ROTM Club shipping until we can get the records signed sometime in the future. However, if you don’t want to wait just drop us a line (endofallmusic@gmail.com) and tell us to go ahead and ship your copy…no sweat.
We’ve selected the excellent new album from Stephen Malkmus, Traditional Techniques–-his first foray into a full-blown acoustic “folk” album, but not in any boring sense.
Malkmus has agreed to autograph all of the copies for our ROTM Club, but he can’t sign the records until his show in Atlanta on April 4th! Soooo, we’ll be driving the records over from Oxford to Atlanta to get them signed and then try our best to get them packed and shipped out around April 6th…so the March record technically isn’t coming until early April but it’ll be worth the wait.
Club Members will be getting the signed copy of the new album as well as a limited, 7-inch single by the great Endless Boogie, which features Stephen Malkmus on guitar. It’s a helluva package for March…coming in early April. “These loose, predominantly acoustic arrangements area fine fit for Malkmus’s usual shtick; shaggy, ambulatory songs full of odd twists and rococo angles that seem designed to undermine pretension rather than amplify it.” – MOJO
“While Traditional Techniques easily succeeds as a curiosity, its songs continue to delight after the novelty wears off. The most surprising thing about the album isn’t how far Malkmus has strayed from his comfort zone. It’s how at home he sounds there.” – Pitchfork
“Mostly acoustic folk set, indebted to faves like Fairport Convention and Bert Jansch, and full of fireside beauty.” -RollingStone