Our November ROTM pick is… 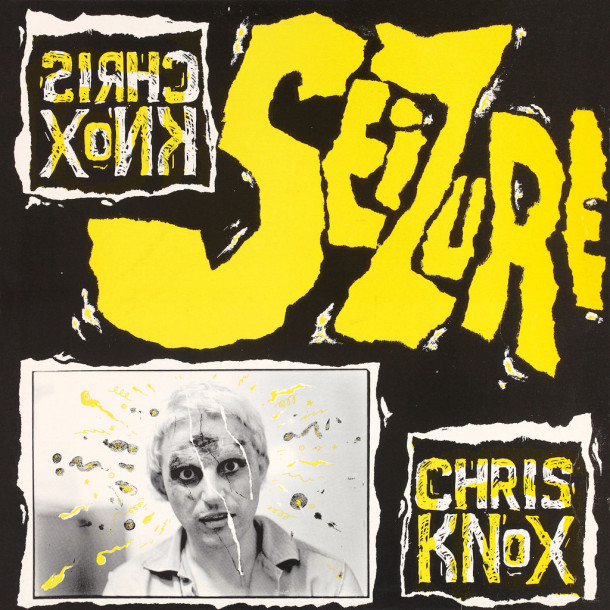 This may be my favorite record picked so far in this first year of our Record of the Month Club.  We’ve been waiting on this record since Captured Tracks began reissuing classic titles from New Zealand’s Flying Nun Records catalog. AND IT’S FINALLY HERE! The November selection for the Record of the Month Club is Seizure by Chris Knox.  I’ve been trying to track down a copy of this record for years to no avail and now we can not only snag a copy but we get to pass copies along to all of you, and that makes us really excited.  Club members will be getting a super-limited, screen printed by hand version of the record featuring the original artwork.  We’ll also be throwing in a little surprise with this record…so heads up on that.

Chris Knox is considered the grandfather of New Zealand music.  He’s responsible for many of the early Flying Nun recordings and his bands Toy Love and The Tall Dwarfs made tons of great records, but his solo record Seizure may be his greatest work.

Seizure, originally released in 1989, was certainly not the start of his story, but it is often considered his first ‘proper’ solo album. Though in fairness there is nothing proper about it, exploring the surreal, the political, the satirical and sometimes simply the crazy, all of which had never been seen on the hit parade. Yet, musically they should have been, packed with brilliantly skewered hooks and humorously scathing lyrics, Seizure is a lo-fi mix of punk, indie rock and pop that works perfectly.

From the simple pop of “The Face of Fashion”, through to the driving force of “Wanna!!”and the strangely uplifting brood of “My Dumb Luck” – all that without mentioning “Not Given Lightly”, the love song to end all love songs – Seizure, despite our dislike of the word, is a legendary release in the Flying Nun catalogue.