Our ROTM pick for May is… 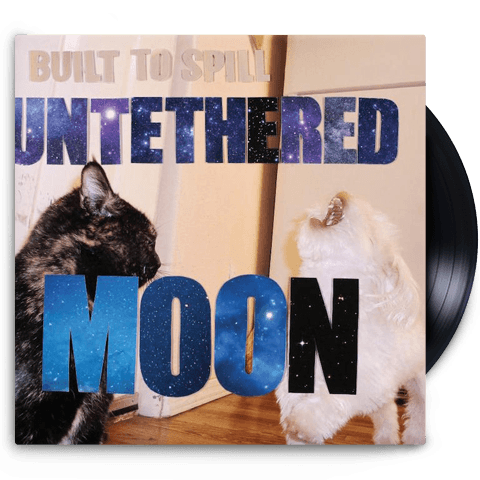 This is the first straight rock record we’ve selected for our new Record of the Month Club and it’s pure indie rock at its best. Doug Martsch and company never hold back and this record is no different from some of their classic albums like Keep it Like a Secret, and Perfect From Now On.  Untethered Moon is the bands first record since 2009’s There is No Enemy, and we think it’s one of their best yet.

Built to Spill are an American indie rock band based out of Boise, Idaho. They’ve released 8 LPs including many classics while also maintaining an amazing live show throughout their career since starting in the early 1990s.

This new record comes pressed on black vinyl with 500 translucent blue vinyl copies randomly inserted in record stores throughout the country…so hopefully some of you will snag one of the rare blue ones, but we have no way of knowing.  We’ll also be including a print of Built to Spill’s Record Store Day exclusive poster featuring artwork from the record packaging. You may find some swag from us in this shipment as well.