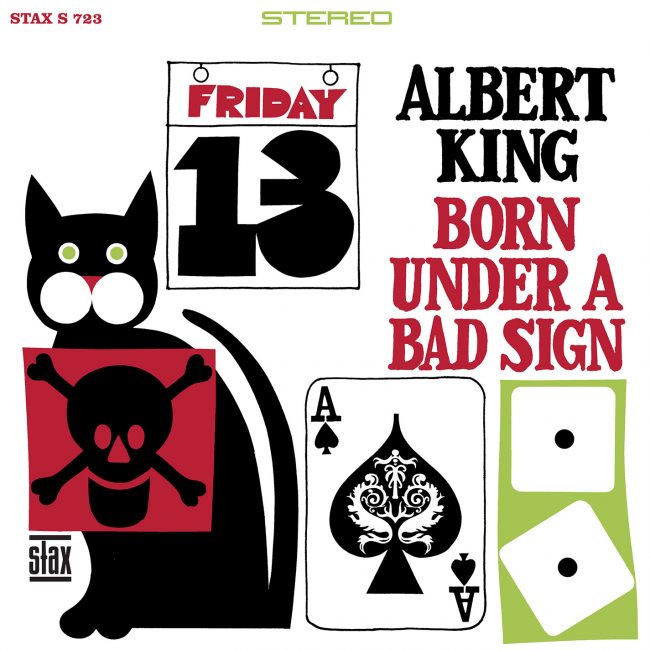 One of the most influential blues LPs to come out of the 1960s is Albert King’s STAX records debut album, Born Under a Bad Sign. Original copies in good condition are scarce but luckily STAX/Atlantic is reissuing this essential album on vinyl as part of the 60th anniversary celebration of the Memphis soul label. Booker T. and the MGs back up King as they rip through (what are now) classic blues jams. King’s guitar playing on this record directly influenced the likes of Hendrix, Clapton, SRV, and others. The album was also included on Rolling Stone’s list of the 500 greatest records of all time…a stone-cold classic of a blues album.

Record of the Month Club members will get a copy of the record along with an original STAX 45 rpm single plucked from the bins in our shop. The singles will be from any number of STAX artists like Otis Redding, Isaac Hayes, Staple Singers, Carla Thomas, Booker T. and the MGs, and more. We also have some really great STAX buttons to ship out to each ROTM Club member. Born Under a Bad Sign drops on July 7th, so we’ll be shipping it out around then.

Sign up for our Record of the Month Club now to get the July pick!