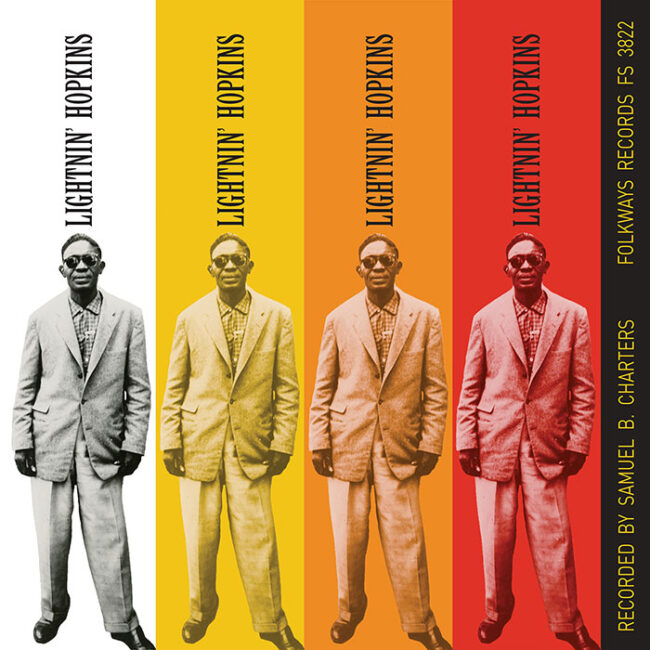 It’s rare for the Record of the Month Club but every once in a while we select a record that’s not a new release or current reissue. For June we’ve selected a record that was given the reissue treatment back in 2018 by the historic Smithsonian Folkways label. Lightnin’ Hopkins’ self-titled album of recordings by Sam Charters is about as classic as it gets. We were delighted to see Folkways begin reissuing vinyl records just a few years back and this release was one of the first titles they tackled.

The record was remastered from the original 1959 tapes and is packaged in the traditional, Folkways-style tip-on sleeve with the original liner notes booklet. It’s really a stunning record and a blues masterpiece. Texas bluesman Samuel “Lightnin’” Hopkins’ musical career was reignited by this 1959 release. With the aid of a little gin and a borrowed acoustic guitar, musicologist Sam Charters recorded Hopkins in his tiny apartment in Houston, Texas. The result is nine tracks of pure country blues and Hopkins’ reminiscences of his time performing with Blind Lemon Jefferson.

The vinyl reissue of Lightnin’ Hopkins features superbly remastered sound and includes liner notes written by Sam Charters. This reissue is part of Folkways Records’ 70th anniversary celebration series, revisiting some of the most iconic and influential albums released on the record label.