Our ROTM pick for December is… 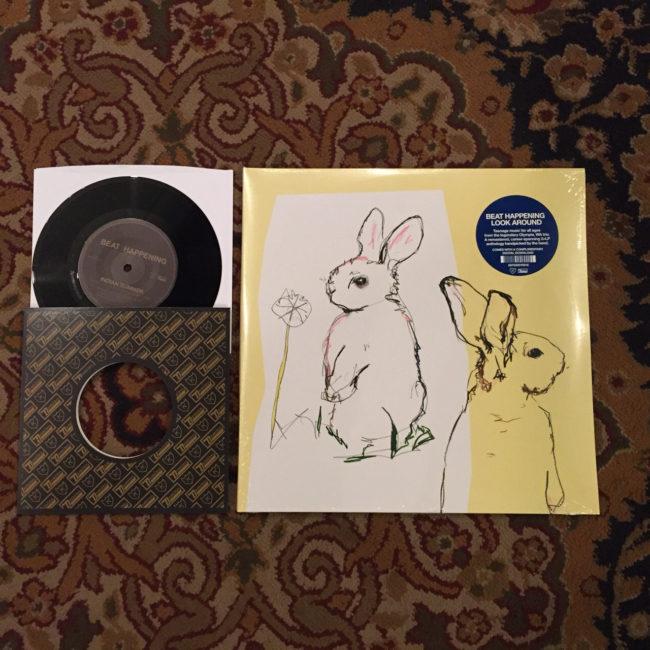 The December ROTM Club selection is coming early! We’re pleased to send you a copy of the new career-spanning compilation Look Around by Beat Happening!

Formed in the early 1980s at Evergreen College in Olympia, Washington by Calvin Johnson, Heather Lewis and Bret Lunsford, Beat Happening combined modern primitive pop sound with the DIY ethos of ‘anyone can do it’ and inspired countless bands and labels along the way. The community that rose around the band and their label, K Records, was in many ways, the sonic antithesis of their Seattle neighbors (and friends) but was no less influential.

Look Around is a double LP worth of music picked by the band to represent their career.  Record of the Month Club members will receive a copy of Look Around as well as a limited, 7″ single featuring “Indian Summer” backed by “Froggy Eyes.” This will be the final Record of the Month Club selection for 2015.  Any new subscriptions purchased during the month of December will start with the January 2016 selection.