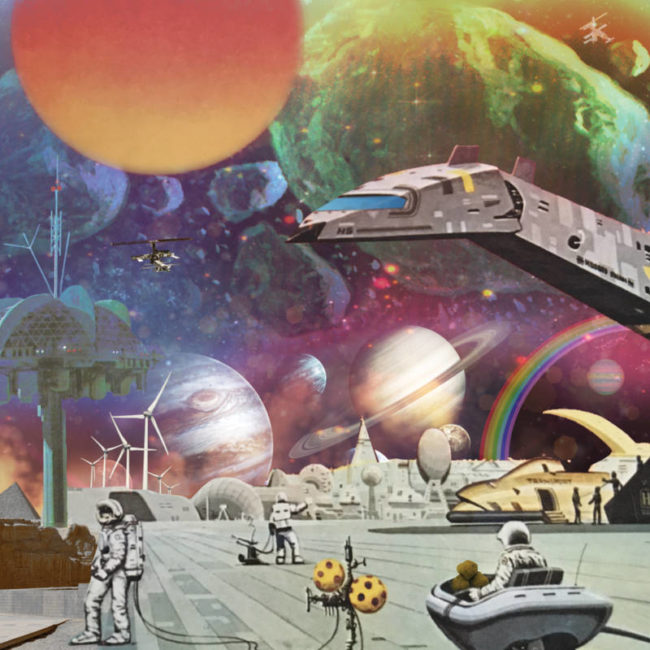 SIGN UP FOR OUR RECORD OF THE MONTH CLUB RIGHT HERE.

Take a trip to the outer limits of groove with the newest compilation from Jazz Dispensary, Moon Rocks: Extraplanetary Funk, Space Disco, and Galactic Boogie, featuring nine tracks of the most far out funk this side of the Mother Ship. Pressed on 180-gram cosmic-clear vinyl and housed in a gatefold jacket featuring artwork by acclaimed video artist Travis Flournoy, Moon Rocks collects some of the strongest and rarest space-themed jams ever put to tape on two exceedingly danceable sides, including “Messages from the Stars” by RAH Band, Slick’s “Space Bass,” and “Do It 4 U” by Starship Connection, which makes its debut on 12” wax and comes courtesy of the red hot Austin Boogie Crew Records.

We were able to secure copies of this Black Friday exclusive for our Record of the Month Club. Jazz Dispensary has become one of our favorite reissue labels specializing in jazz, funk, and soul. We advise you to pick up just about everything they’ve released thus far.

Here’s a photo of David and Lenny Kaye with a copy of Moon Rocks out in front of the shop on RSD Black Friday: