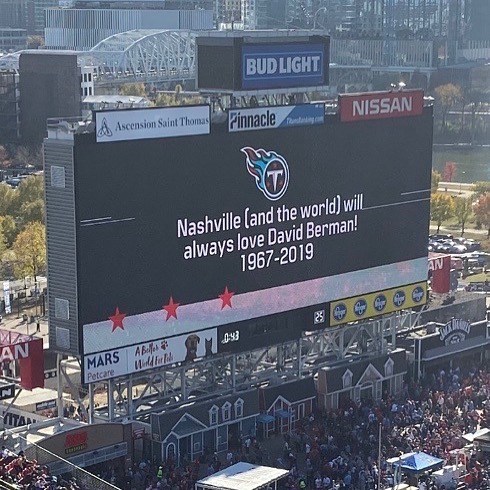 UPDATE (3/17/2020): You guys are amazing! The auction raised $1725 for Nashville Storm Relief. We donated the money today in honor of David Cloud Berman.

Lots of friends and businesses we love took a hard hit earlier this week when the weather took a turn for the worse in Nashville and the surrounding area. To try and help out a little we’ve started an eBay auction for a record that we’ve been trying to figure out what to do with…
Up for auction is a first pressing copy of the Purple Mountains LP autographed by David Berman.
David was kind enough to sign copies of the album for our record store’s Record of the Month Club just before the album was released. We always get a few extra copies, and when David passed away we stashed the remaining copies. It just didn’t feel right to sell them. After discussing the recent storms in Nashville with Berman’s long-time record label, Drag City, we’ve found a reason to sell this record.
David’s love for Nashville was evident in his life and work and with the recent tornado damage throughout the Music City we saw the opportunity to try and raise money for storm relief in his name.
100% of the proceeds from the sale of this record will go to Middle Tennessee Emergency Response Fund through the Community Foundation of Middle Tennessee.
Winner will receive the album signed by DCB as well as the Purple Mountains poster.
Check out the auction here and help spread the word!